Come and enjoy the April Fair of Seville 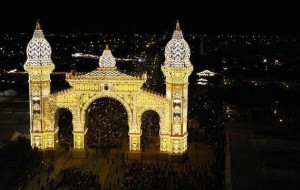 Gateway of the April Fair in Seville

The April Fair of Seville is the local party of the city held one or two weeks after Easter, is the most important fair and well known in Andalusia as well as being the most visited. Rent a car in Seville and enjoy an amazing opportunity to tour the city during these days and enjoy the great atmosphere of the streets.

The main room environment meets the set of attractions and booths that are installed at the fairgrounds in the district of Los Remedios. The fair begins with “Monday alumbrao” which is when the fairgrounds spectacular lights are turned on. 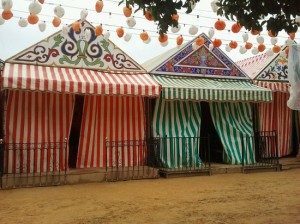 During these days you can taste typical food such as: pescaítos, olives, paella, ham and finally a warm bowl of chocolate with churros. You can also see the parades of carriages with their horses during these days many carriages enter the fairgrounds. 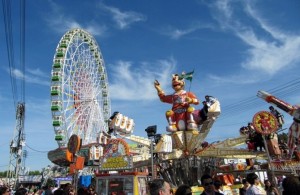 Atractions of the Fair

When the sun goes down, the lights of the fairground booths turn on and start the fun: traditional dances accompanied by good music and good tapas. Another option is to visit to enjoy the park, with things for all ages: from carousel, Ferris wheel … even a roller coaster.

After a week of fun and laughter finally the show in April on Sunday at midnight says goodbye with a spectacular fireworks display and finally the lights of the fairground booths get turned off and goodbye until next year.

Come to Seville and live this spectacular week.